Call us for a personalized quote
You deserve to live in a clean space with plenty of natural lighting. Having clean windows will brighten your home and your mood. It can often be an afterthought – having clean windows, but when windows are dirty, they are one of the first things to notice. The beauty of clean glass enhances the interior of your home and makes your place of living more inviting. Cleaning windows and glass can be difficult to get right sometimes – often if not done well, there will be streaks left. There are also hard-to-get places if you have high ceilings and windows, if the panes of glass are dirty,  if they are in between areas of your window sill, or blocked off by the window screens.

The Origins of Glass

Glass making is estimated to has started in Ancient Mesopotamia roughly 5000 years ago. It wasn’t until 2000 years ago that the Romans started using glass for their windows. Prior to that, it has been documented that paper windows were used in East Asia.

From the start of the Roman Empire popularizing the usage of glass, it quickly spread across to Italy and then the rest of Europe.

Between 14-1600’s, Cathedrals in Western Europe have left a big imprint on the history of glass and windows, as it popularized stained glass.

Modern day windows really started booming in the mid 20th century. We’re able to utilize windows the way we do today in buildings after the invention of insulating glass. By the late 2000s, it was estimated that about 90 percent of all windows utilize a similar technology to insulating glass.

Taking Care of Your Windows

The mark of a well cleaned window is when it is crystal clear and streak-free. This depends on the cleaning solution used, how well the window is scrubbed, and if the squeegee job was done well. Along with that, the weather also affects the cleaning procedure.

In hotter weather, water will dry up quickly, leaving dirt in the area to stain the window. In the winter, water may freeze on the winter – depending on how cold it is, window cleaning will have to be done quickly, or an antifreeze solution might need to be added.

Depending on the height of your windows, you may need to hire a professional to get the more difficult to reach areas. Our team of professionals is prepared to go above and beyond to reach heights and get the job done! Window cleaning can often see cleaners climbing ladders, roped to a suspended platform, on scaffolding, on scissor lifts, or other aerial based platforms.

Equipped with the best equipment, most window cleaning tasks in your home can be accomplished. Whether the exterior of your home needs a gentle scrub down, or a full on pressure wash to achieve a spot free and clean look – just give us a call and we’ll do a quick inspection to see how to tackle the job in the most efficient way possible.

A window is made of a few basic pieces to keep the glass in place. Every window has a frame, that provides the structure and support and forms the perimeter for the entire window. The frame is the support that is external to the glass. A widow frame is composed of a window sill, side jamb and head jamb. What keeps the glass in place is known as the sash. The glass in windows is formally known as panes.

Depending on the climate of a geographical region, architectural design, or needed functionality of the window space, residential or commercial spaces may have different types of windows.

There are fixed windows and movable windows. As you may guess, fixed windows are windows that are stationary and do not open. They provide light, but not ventilation to a structure.

Movable windows are designed in several ways. The most commonly found windows that we see include windows singly hung, double hung, casement, sliding and projecting windows. Some windows, such as jalousie windows are more popular in hotter climatic regions, as they can stay open for air and ventilation, but keep the elements out – such as rain.

Satisfaction – Our team appreciates a job well done, and hopefully that translates to you, our customers as well. With that in mind, we do our best to aim for the highest quality in window cleaning services.

Safety – As mentioned earlier, this job can take you to precarious heights. It is within our and your best interest that we do the job in the safest environment possible. This takes into account inclement weather, assessing the job and job site, and keeping our team as up-to-date as possible on safety and health regulations.

Sustainability – As with every other cleaning service that BRILHO offers, we do our best in keeping our cleaning solutions as sustainable and eco-friendly as possible.

Our residential services are tailored to help you get your home in the best-looking shape possible. We offer cleaning of windows, window frames, screens and screen doors, door cleaning and window tracks, and removal of stickers, drywall, or concrete and splatter from the exterior of your home. How often should I get my windows cleaned?

This is a very subjective question to answer. During the year, windows can get very dirty from the elements. Minerals, dirt, and dust can get picked up by the wind, splattered onto by rain, falling leaves carrying dust or dirt may find their way near your window, bird droppings may bomb your windows, unfortunate insect casualties from flying into your windows can also happen. Whatever the case may be, your windows may need cleaning as often as you see fit. On average, if you would like your windows in a state of pristine and clear transparency, it may be a good idea to get your windows cleaned every two weeks to a month.

Are the products you use eco-friendly?

As with every cleaning solution utilized by BRILHO, we maintain a strong effort in abiding to eco-friendly business habits. All products that we use are eco-friendly. In fact, the most effective do it yourself cleaner you can put together and get an effective window cleaning experience at home is a mixture of vinegar and warm water. Most resources say a ratio of 1:10 works great. This mixture is very eco-friendly, and if you are up for the job, and can reach the hard to get to areas of your windows, go ahead. Pro-tip: use a squeegee to get the shine that a professional gets.

Can you clean between the panes of glass?

Unfortunately, this is something we cannot do. This is a common issue with older windows, as the sealing between the panes of glass for the windows have deteriorated. This leads to condensation and water getting in-between a glass that should in theory be a vacuum sealed region of your window. As this seal breaks, it also means that the insulating qualities of your window are also losing their effectiveness. It may be a good idea at this point to consider getting your windows replaced.

Does your service include window cleaning inside as well?

Our services include window cleaning interior and exterior. In fact, our window cleaning team will also look into cleaning window frames, sills, and screens. The most important thing is that we are thorough with our job so that we leave your windows looking completely transparent and sparkling.

Does the weather affect your services?

Depending on the job, the weather certainly can affect our services. However, inclement weather is always included into our plans. If the job is on the ground, more often than not, the weather will not affect the process of window cleaning. Ideally, windows are cleaned when the weather is in a more controlled state. As long as it is not hailing, or the wind and rain is unforgiving, you can count on our team of cleaners to be there!

Do you do eavestrough cleaning?

Eavestrough, also known as a rain gutter is an open channel that often runs the perimeter of your home’s roof. It is designed so that rain and snow collects into these channels, where they will be expelled in a common downpipe. Often they may also collect debris, leaves, and other objects that land on your roof which may get swept down by the elements. Having a clean eavestrough is important for avoiding yard flooding as it funnels water into one channel, and expels in into one area. As of now, BRILHO does not do eavestrough cleaning.

Looking for Other Cleaning Services in Toronto? Did not find what you need?

Contact us today to arrange a site visit from our team and get a free quote. We provide residential and commercial cleaning, condominium services, post-renovation cleaning, deep cleans for your property, and real estate cleaning.

You can look at the other services offered by the company to satisfy all your required needs for Cleaning services in the Toronto Area! Have further questions? You can Call our experts at BRILHO on 416-923-3300 or email us at [email protected] to learn more about our work and schedule an appointment with us today. Hear from our past Clients and see how we guarantee exceptional results! 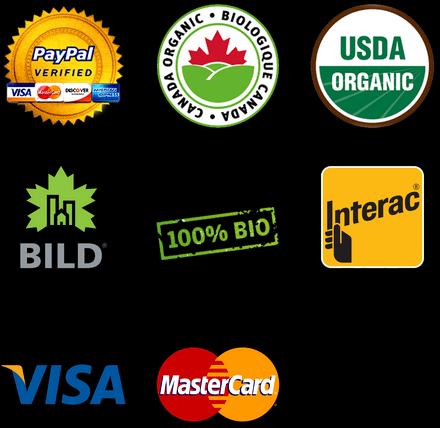 Book a 15-minute call with us!